It's done, my main goal was getting a slot but honestly I'm a bit disappointed on how everything unfolded.
Swim was a bit caothic with me having to navigate the AWA athletes and my lack of sprint capabilities got things even worst, going through the results it's clear that the 1st lap time was terrible in comparison to the 2nd and the effort was incredibly higher on the 1st. But like I said to many I wasn't to psiched about the swim time anyway.
The bike started slow by choice, first climb was easy, I made the choice to not dispute any position like I did (when I could) with the pros, the fact is that glimpsing my watch I was feeling the effort / watts a bit to high with particular emphasis on anything that was flat, I just didn't have the ability to sustain decent watts on the flat parts but still managed to stay in a decent spot till 100km right before the climb to mirador del Riu where I hit a pothole going downhill that immediately destroyed my tire, glad I had de ability to stop the bike without crashing, I think I lost roughly 8 min with the tubular change (Watch says 5:30 of stop time) and get going again with several cuts in my hand due to poor handling of the razor, made sure the tubular was well in place given that a mistake would ruin the race and there where a ton of downhill yet to go.
The climb to Mirador del Riu was somewhat terrible with my legs having a hard time to get going again. I did the rest of ride in no man's land, trying to limit losses, the overall feeling of the ride is an average power number a lot bellow my goal, 10 to15 w, and the goal was really conservative for the race.
Run was essencialy an extend of the bike, just bellow a decent and conservative pace soon I realised that I didn't had running legs, and was forced to squeeze as much I could from a not so good day, 3:03 isn't like really bad but I can do better ;)
Happy to go through and accomplish the main goal, already looking forward to the next!
Posted by WC Athlete at 9:59 AM 1 comment:

Lanzarote is quite close and ill write something about that when o have time to think, for now ill stick with bikes ;) 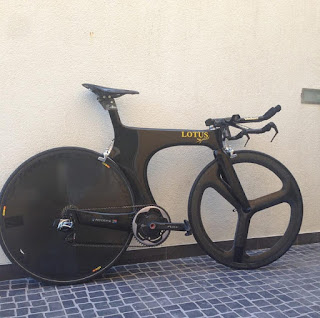 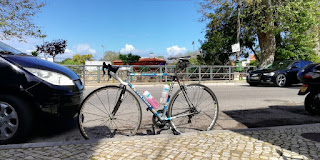 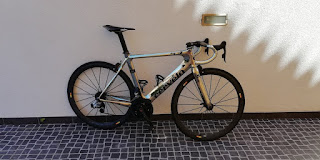 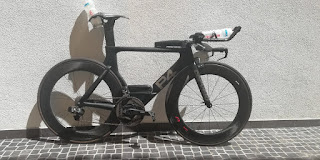 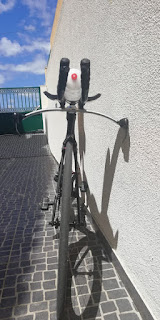 Posted by WC Athlete at 8:47 AM No comments: