i can smell it

Kona, its still so far but getting closer and closer, still so much to suffer....
After 2 easy roling days i got back into the hard days, after 2 of them and im already feeling it (PAIIIIN :P)
on tuesday i rode 8o km and swam 4100 and wednesday im back at it, lets see.
-105km in a really tough course in the morning
-1:50 run with 10X1000m 3h after the bike, that went really well for tired legs, i was going around 3:21 3:22/km when i was supposed to lap at 3:25
-3000m swim 10 min after finishing the run, nice!!! i didnt feel that bad tough and a sauna afterwards was nice too, a really busy day and killer swim track workouts
Today
-85km with hard all out 2 min sets in the last hill followed by a 40 min run
-4500 swim with 3X1000
-gym to keep my body tonned for the beach :P
tomorrow
-a early 4000 swim with plenty of speed work
- 120 km of riding in the mountains
- 1:15 run in la calme
meanwhile A few minutes ago the tri portugal olimpic distance team left back home, it was fun while they where here, lots of company but they have their own business to attend, Australia Final of the WCS, elite, juniors etc.
good luck for them
Posted by WC Athlete at 7:27 PM 4 comments:

today i felt really trashed, it was an easy day and a well deserved one. Lets see, how to trash your legs 3 days?
day one (friday)
2h run with 10X1600
swim 5000 with paddle sets
day two (saturday)
3200 wetsuit swim
2:10 run, 30 min of climbing out of the center to La calme (2100m) to meet the rest of the crew+ 1:20 pushing the pace with Lino Barruncho (one of the best duathlete in the world) and Bruno Pais (one of the best ITU olimpic distance athletes in the world) and it reached some nice 3:40/km + 20 going back home
2h easy ride
Gym, leg only session
day 3 (sunday)
210km, with all sorts of sets and intensities and probably 180 km with my face in the wind (there wasnt much though) 35km/h in the moutains its an ok avg :P
20 min of eating gummy bears at thershold pace...
pretty tough
today i ran for 1:30 and swam 4000
few photos for the joy of everyone :P 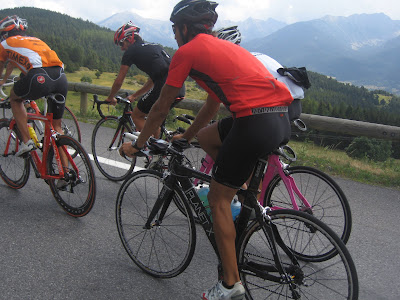 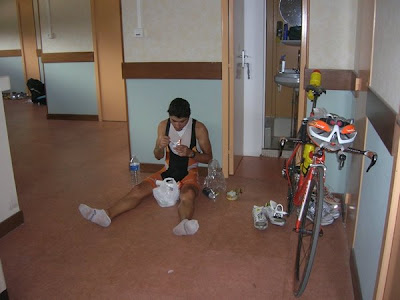 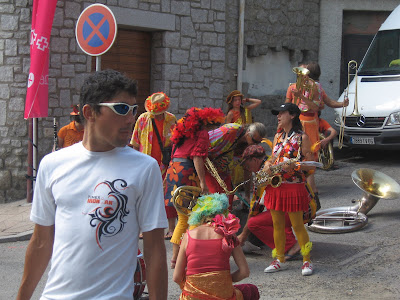 Me hunting candys on sunday 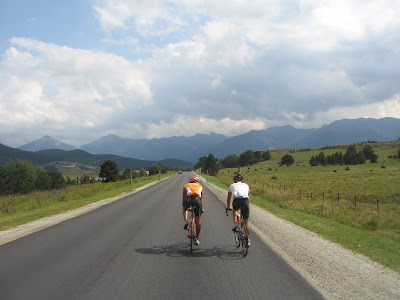 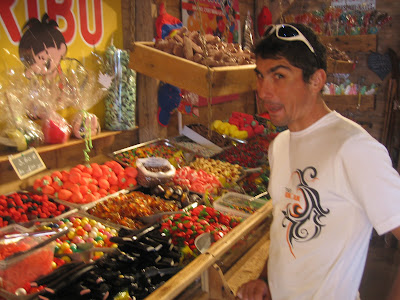 witch ones are going to die?
Posted by WC Athlete at 8:25 PM 7 comments:

yesterday was the first day of real training in the mountains. First 3 days where of course easy to get used (again) to the altitude and the fresh air. The big Tri Portugal group is cruising at Tough training speed since the fist week of august and i can see some unhappy faces around already :P

a 105km ride in the morning with the group with the "la molina course" gave the first taste of hard riding since i got here, in the afternoon a 5000m swim with 30X100m + gym session, i enjoyed this workout especially the average speed i was doing, mostly at 1:21/1:22, some at 1:20 and the last 3-4 closer to 1:25. The fisrt days where good for having some stroke corrections especially after such an extended time without someone having a look at my swim, and resulting in a few costly stroke mistakes...

today ill have a track workout in a few minutes, 10X1600 and another 5km swim

a few photos taken by the photo boy krepe, i still have my camera in my car but ill promise ill post a few photos of krepe sleeping is way to font romeu on sunday :P

the meeting point for yesterdays ride 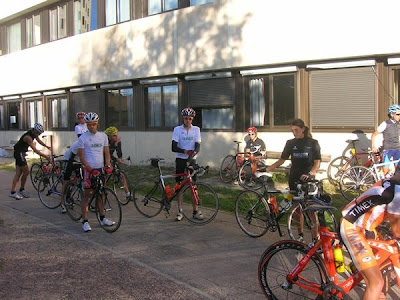 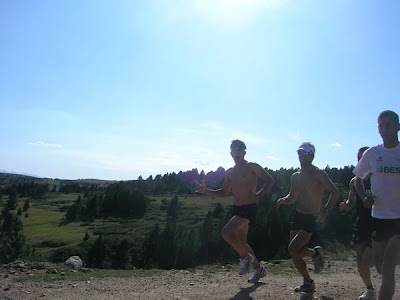 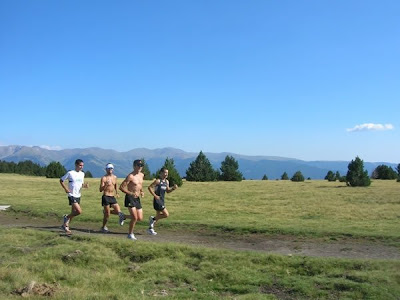 the group of the afternoon run 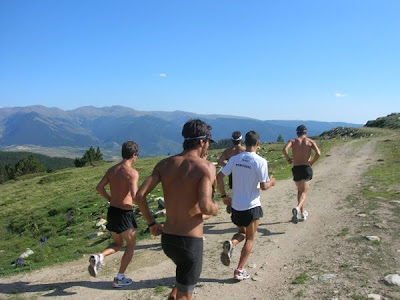 the pool and hard working athletes, yes its me :P On saturday i can say that i did my very first hawaii workout, the week was very easy and it was good to recover from my huge feet blisters, needless to say that i almost didnt run until saturday.

Saturday i went to a training (looked more like a race) workout where a lot of athletes showed up, around 30 35 i think. We swam 1.9km rode 85km at almost 40km/h and ran 15 km. it was nice and hot and the organization of the event was awesome. Now its all about hawaii for me once more, ill be around until september 10, will race a middle distance race on the way home wittch is very convenient and then have the rest of the training in lisbon. I have a lot more company this time, the portuguese atheletes are here, 17 in total and that includes Bruno pais, Vanessa Fernandes and duarte marques, the best ITU athletes right now and tons of young kids, junior and under 23, plus 3 duathletes, nice 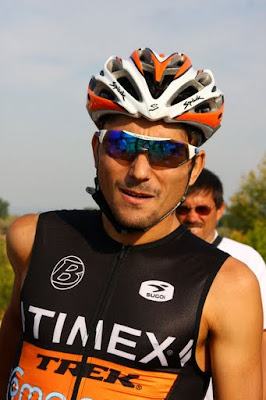 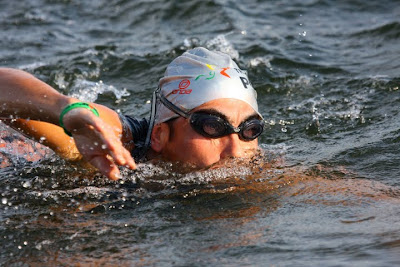 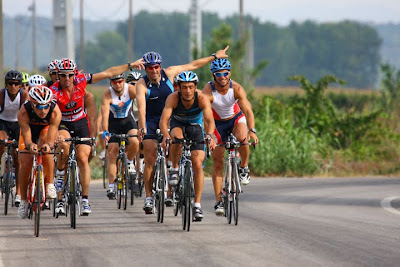 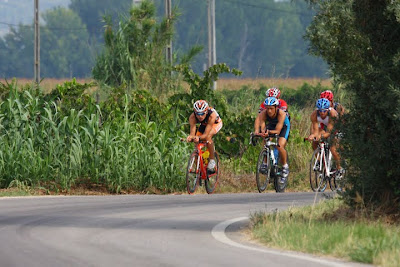 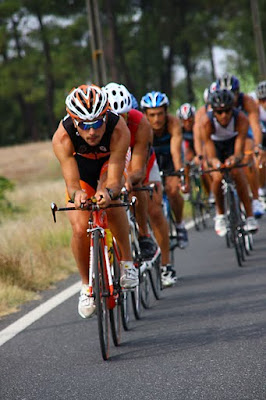 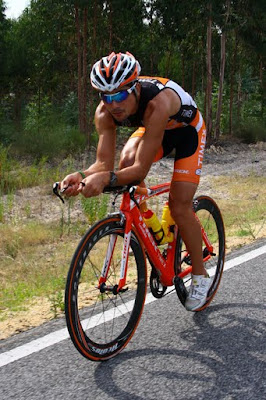 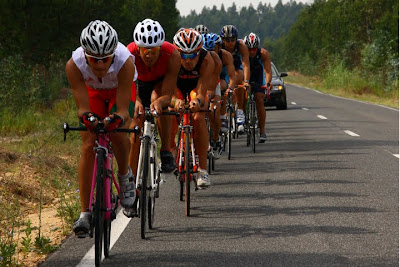 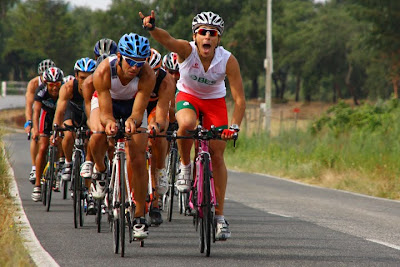 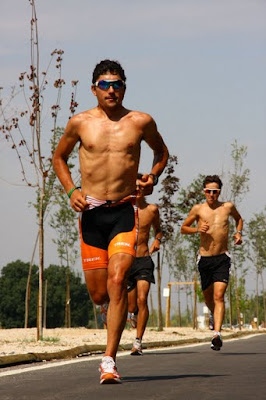 Posted by WC Athlete at 7:16 AM No comments:

in no particular order 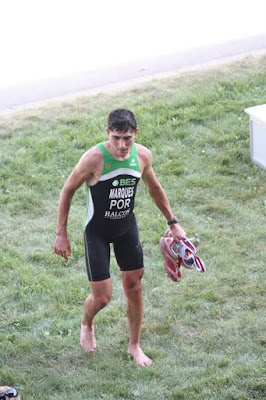 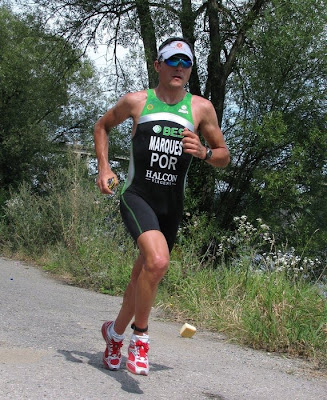 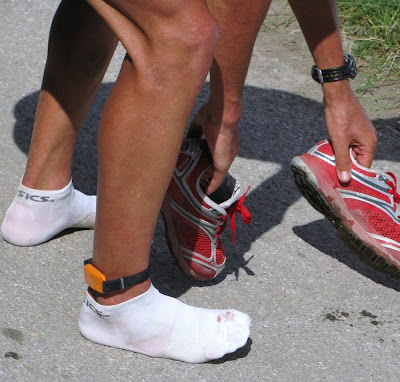 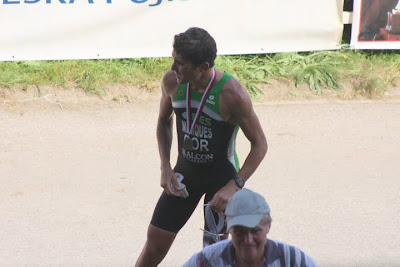 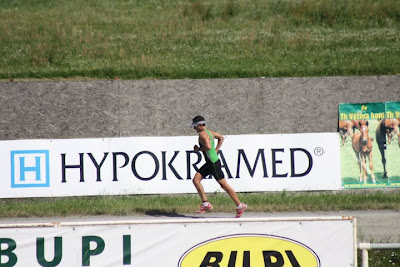 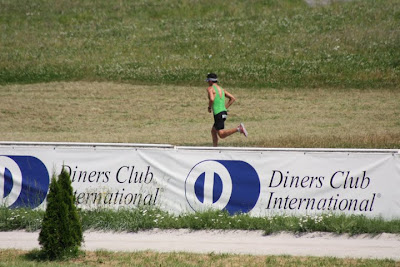 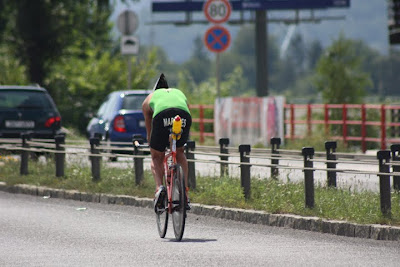 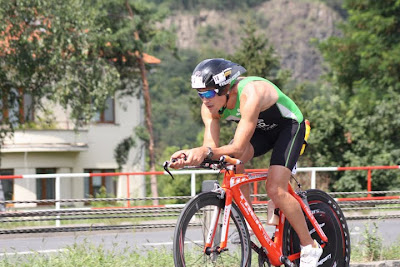 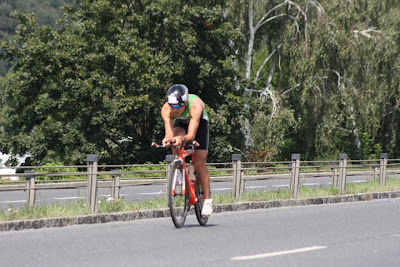 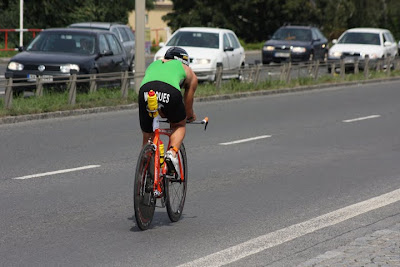 i finally found results for the race, i was 11th

i guess i was very accurate about my race gaps etc, the ride has obviously the T1 and T2 times included, heck i tough i was slower on the run with that painful 3rd lap, i see that Teemu, that i passed in first lap would definitely pass me if it was 31km run, maybe i had legs to another fastest run but ill never know, "maybe" doesn't win races.

and since Krepe has been my company through the last weeks here is his point of view
Posted by WC Athlete at 8:31 AM No comments:

Well, ill start with something i should say at the end. Prague is a fabulous city well worth to visit and the European LC champs 2009 where one of the worst races i have ever been part. Very poor organization, having said that here is how it went for me.

The race started at 9:30 in the morning witch was great time of the day instead of the traditional 7 am. The 4 km swim was a kind of a rectangular 2 lap course with somewhat strong current, enough to be critical the way you navigate the course. I had the lesson well learned and in that part i performed very well, i saw some guys cutting buoys after being dragged by the current especially while crossing the river, oh well i dont think there was anyone checking the buoys anyway...

The thing is im well out of swim form, i have been feeling my swim going downhill after the winter where i was beating some PB's at the pool, all gone and to be honest im slower than my 2006 and 2007 season where my swim results (or times) at races where far superior. after around 200 300 meters i was alone (where didi you read that :P) i tried to catch a big group ahead of me but wasnt abble and could only try to loose the least time possible. i was out of the water in around 57 min soon enough i heard that i was around 7 min behind the leaders, that is a lot for a 4/120/30 race.

the Race had a very good quality field and the elite transition was, well empty quite a view (not fun)

The ride was a simple out and back 6 lap course that had a flat 6 km, a 4 km uphill with around 150 of elevation gain (each lap) the 4km downhill and of course another 6km flat. Thats where i spent most of the time of the race but the ride was very somple, it was a 120km time trial with noone (elite) in sight besides the parts where we crossed in each direction of course. I got into my pace and was lapping in around 29:30 29:45 for all the laps so i had a good pace through the ride. The groups ahead of me gained some extra time in the first lap but the last half it was kinda even except for rasmus and dirk that after attacking in the first group made quite a gap. I actually Finally passed a few elite guys at the final lap YEEEEAH. But i was actuallt happy with my ride. good pacing, i didnt autodestroyed and i didnt lost that many time for undoubtely some of the best riders in the triathlon world. my on course math gave me around 12 13 min to the lead after the ride BUT with a lof of guys in between. I was also glad to see Krepe (pedro gomes) hanging with the leaders at the middle of the ride, his swim is solid and thats a good part of the process, he finished in the chasing pack. My ride time was a bit less than 3h, that is again my on course math :P maybe 2:59, doesnt matter anyway.

T2 was another joke, a total caos i wont even go there...

Run, i was really looking forward to see how i would feel while running since i clearly felt like i had a good lonelly effort in the bike. and that feeling of fast legs came right with the first strides. First lap (of 3) was fast, felt like it because i didnt took splits and there was no km markers, but the fast legs feeling came with a very early hot spots on my forefoot, i could feel that something was going to happen, i passed like 5 guys at the first lap but i was feeling some huge blisters building in my feet. 2nd lapp was also good, passed a few more guys and the pain was building up until the 3rd lap... 3rd lap was all about trying to advoid pressing the blisters, impossible, i had to slow down quite a lot because i was in really big trouble, i still passed 2 atheletes including Krepe that gave a bit to much in the bike, but it was really hurting, last kms i was totally jogging my way to the finish in a weird style and i was glad nobody was on my tail, i tought i finished 10th, at least i was announced that way altough some say i finished 11th, dont know, im yet to find results. The first instinct i had after crossing the line was to take my bloody shoes off, WHAT A RELIEVE, that is something that never happened to me, i guess there a first time for everything).

My Goal for the race was to finish top 16 so im happy with it. i wont whine about the swim and the blister thing was really unexpected and probably prevented me to go deeper into the top 10 but sh4%& happens.

something is wrong in this pic 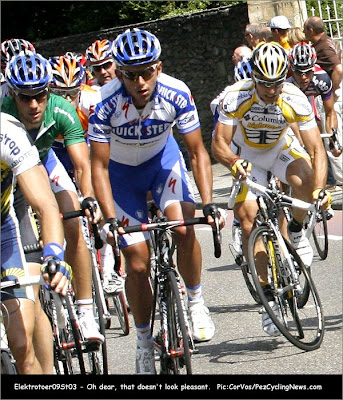 sorry but since i got back home i havent had much desire to blog :P
i got back from Font Romeu more than a week ago and already raced a sprint for the Portuguese Cup (club competition), i was 7th.
I have reduced the load of training of course, the LC europeans are next saturday and im trying to absorv all the volume from altitude. I have been feeling highs and low this past week.
Always good to get back and see how things are with the store after a long stay outside, i have decided to make my hawaii preparation in font romeu instead of USA and will start right after this upcoming (and very important personally for a big number of factors) race and finalize it in portugal.
Posted by WC Athlete at 9:06 PM 4 comments: