Racing in each weekend while still training hard and long is tough. i dont think im saying anything hard to believe.
my routine for the past few weeks has been basically shrinking the week into the 5 work days, have a full morning of training on Saturday and try to relax in the afternoon, then race Sunday. a Duathlon a triathlon and an half ironman this week, that is quite a progress in racing style.
This week i will be at the first stage of the Portuguese national champs that will have 4 races, i will probably miss most of them but this one i wont. i was of course supposed to be in australia for the ironman but i wont go there again, im fine now.
The race in is porto santo (madeira) and to be honest i feel A LOT fitter than last years race at around the same time but i have been feeliing very tired with the past 3 weeks, the usual suspects will be there of course :P
as for what has been happening with races, the first duathlon in Cadaval (sprint distance)was a good tough and fast workout, i didnt run that (i was feeling a lot better at arronches) well in both legs but i biked decently and finished 20th
Then next week (last weekend) i finished the race at the exact same spot. The race in Alpiarça, the home town of my Tri club had everyone in the field including Russians, Spanish, English that have been around preparing for the international race in Quarteira in 2 weeks. I swam well ahead of the regular guys that normally swim with me at the local races and caught 3 groups leading to the run. This was a team cup competition and i pushed a full hand of team mates and was hoping for then to run better than me and close the team (Miguel Arraiolos and Duarte Marques where at the first group) but i had to do it myself and score for the team witch placed 2nd, very good.
Although Tired i have been feeling mentally fresh to suffer in races, another thing that i feel compared to last year at this time, that makes me happy ;)
as for totals:
Week 11
Swim: 23,6km
Bike: 507km
Run: 88km
Race: Sprint duathlon in cadaval
Week 12
Swim: 18,6km
Bike: 500km
run:107km
Race: Sprint tri in Alpiarça
and a few photos of races:
The TRI 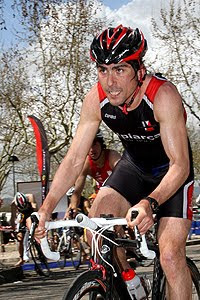 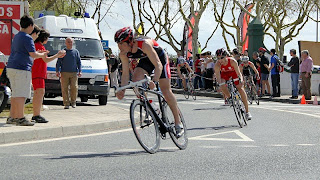 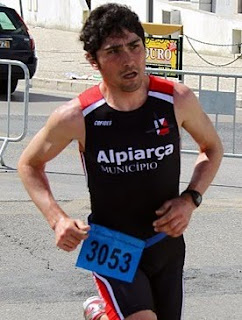 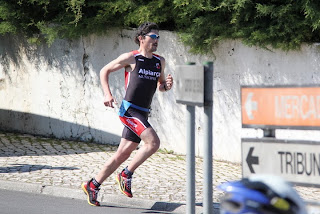 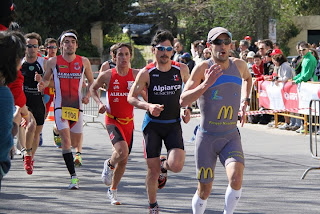 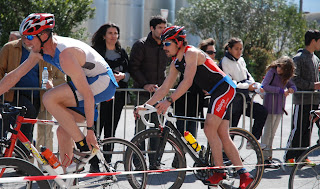 i truly hope my good friend Jordan gets out of this mess soon...

Jordan Rapp in car accident
Posted by WC Athlete at 10:03 AM No comments:

feels like the first real complete week of training

It feels like that, not that i havent been logging some very decent miles but in fact this past week was the first where putting a real track session on the run really motivated me and i started with 14X1000 at a controled pace.

On the other hand, it has been very dificult to log the scheduled training as the weather is umbelievable bad, the worse i ever seen since i train outdoor. RAIN RAIN RAIN, im pretty sure that for the past few weeks i spent 2/3 of the time soaking wet and im not counting the pool time.

it has been more like getting the job doneregardless of the conditions.

After the injury i have some big weeks of running, all in very slow speed and now im enjoying going to the track as never before :D

lets see here since the begining of the year this is an overview of what ive done:

walking on a sprint 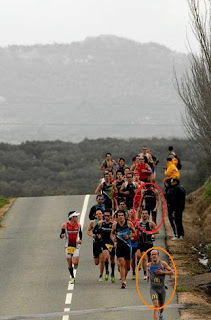 The guy walking is actually me and apparently the guy in the orange circle was in fact the one that touched my feet, he also fell..
Posted by WC Athlete at 4:33 PM 5 comments:

i cant say i never eard this ;)